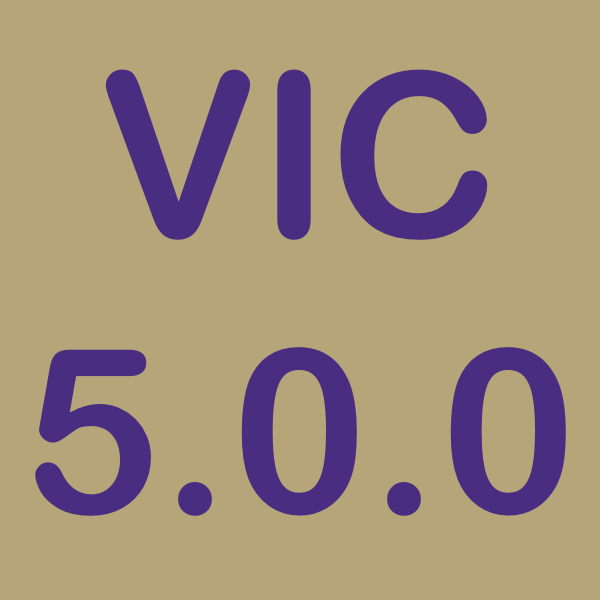 Today we released VIC 5.0.0, a major upgrade to the VIC model infrastructure and the basis for all future releases of the VIC model. The new release is available from the VIC GitHub repository. Documentation is provided at on the VIC documentation web site.

Following this release, no further releases will be made as part of the VIC 4 development track except for occasional bug fixes to the support/VIC.4.2.d branch.

The VIC 5.0.0 release is the result of three years of concerted effort in overhauling the VIC source code to allow for future expansion and for better integration with other models. More details on individual model features will be provided on this web site in a series of posts over the next few weeks. Full details can be found on the VIC documentation web site and in the various issues that have been tracked on the VIC GitHub repository.

Note that the VIC 5.0.0 release includes many infrastructure upgrades, but that the model calculations provide the same results as can be obtained with VIC 4.2.d. This was a conscious decision to limit the number of simultaneous changes that were implemented in the source code.

We encourage everyone to upgrade to VIC 5.0.0 and to contribute to further model development.

You can report bugs and issues on the VIC GitHub repository.