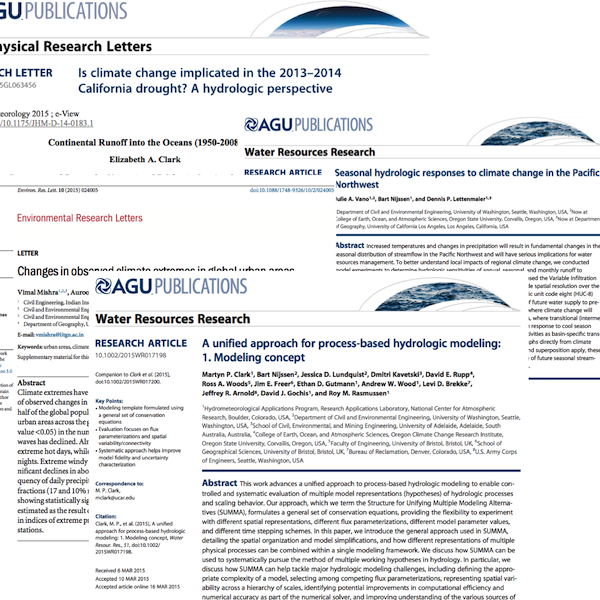 There has been a spate of new publications (co-)authored by the UW Hydro | Computational Hydrology group. You can always get the latest on our publications page, but here is a brief overview of the papers published so far this year: