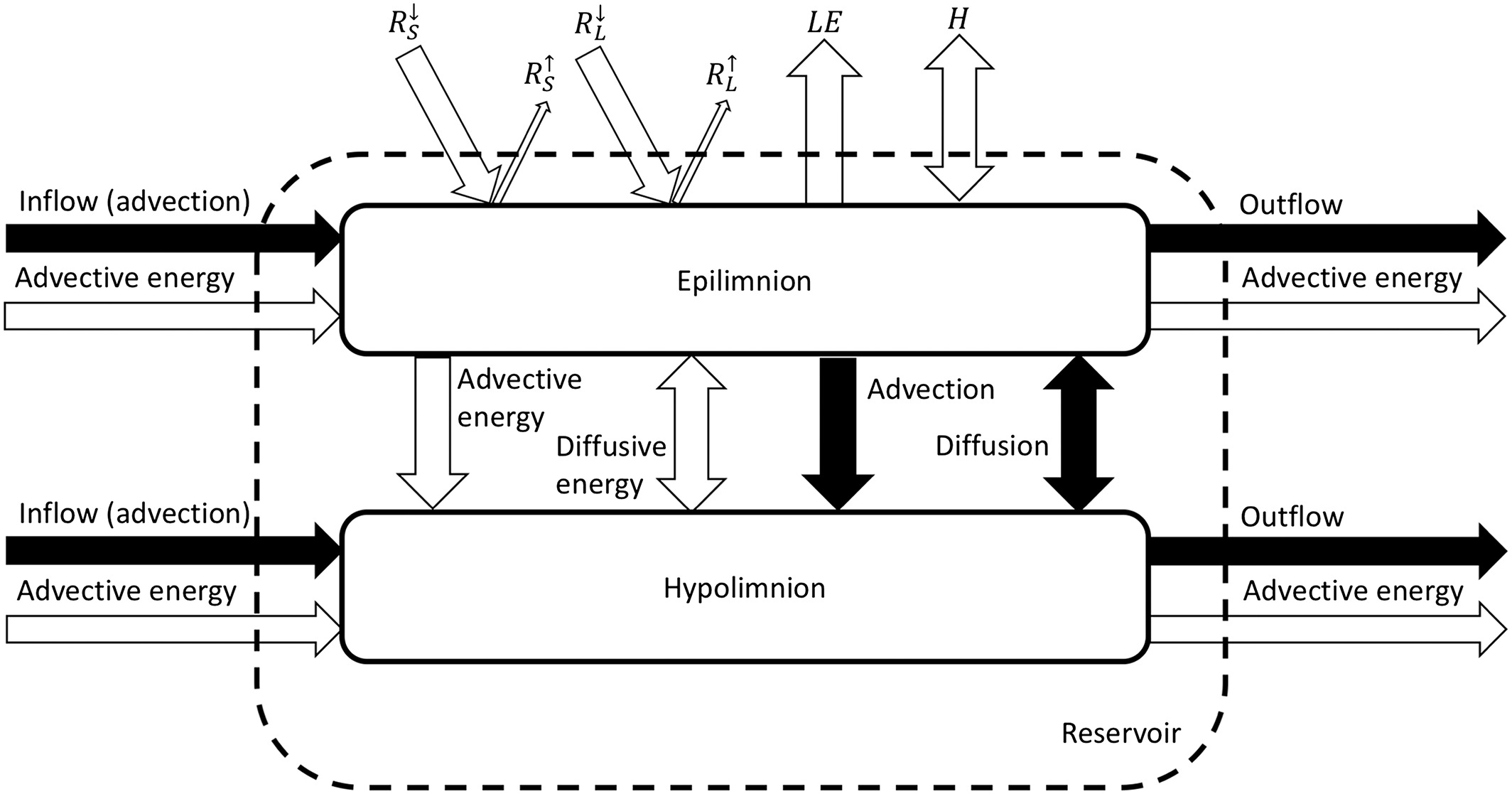 A new paper by current and former members of the Computational Hydrology group was published in October 2018 in Water Resources Research. The paper described coupling a reservoir model and a stream temperature model in order to represent river temperatures in the Tennessee River Basin. Ryan Niemeyer, a former postdoctoral researcher in the Computational Hydrology group and now a postdoctoral researcher for the United States Department of Agriculture (USDA) at the University of California Santa Barbara, was the lead author.

The goal of the paper was to capture the impact of seasonal thermal stratification of a reservoir on stream temperatures located downstream of reservoirs. To do this, the authors first developed a two-layer model of a reservoir, including a layer for the hypolimnion (the lower layer of water in a lake) and the epilimnion (the upper layer), and treated both layers as well-mixed. They then coupled the two-layer reservoir model to the River Basin Model (RBM), a stream temperature model developed by John Yearsley (also an author on the study and an affiliate professor in the Computational Hydrology group). RBM represents river temperatures by taking in grid-based meteorological data and output from hydrologic models and then calculates temperatures by drawing on surface energy fluxes, mixing of associated tributaries as well as source and sink terms such as energy inputs from power plants that exist nearby. The transfer of energy is modeled using a semi-Lagrangian numerical method.

Although previous studies had used RBM to model stream temperatures in different parts of the globe, and other studies had used a two-layer reservoir model for understanding thermal stratification, coupling these two models together was a novel idea. The outcome of this new model framework was that the authors were able to capture the impacts of reservoirs on downstream water temperatures, which had not previously been done before. Past studies had treated reservoirs as well-mixed, rather than thermally stratified, which precluded the ability to capture these downstream impacts, as Yifan Cheng, a Ph.D. student in the Computational Hydrology group and second author on this study, discussed. By including these effects, the authors reduced the model bias in stream temperatures downstream of reservoirs. The improvement in model performance depended on the residence time of reservoirs: for a reservoir with a residence time of 92 days, the bias decreased from 6.7 to -1.2°C, whereas for a reservoir with a residence time of only 8 days, the bias decreased from 3.0 to -0.7°C. The scope of this study was limited to the Tennessee River Basin; however, it is applicable to other basins globally in which regulation impacts stream temperatures downstream of reservoirs. The model code for coupling the two-layer reservoir model and RBM is publicly available through GitHub.

Funding and acknowledgements: This project was funded in part by NOAA grant NA14OAR4310250 and NSF grant EFRI‐1440852 to the University of Washington. We also wish to thank the Tennessee Valley Authority for providing data and Tian Zhou (now at Pacific Northwest National Lab) for help with the hydrologic parameter calibration. The code for RBM and the two‐layer reservoir module is available on GitHub.