New paper: Climate change: How do modeling decisions affect the spread in the projections 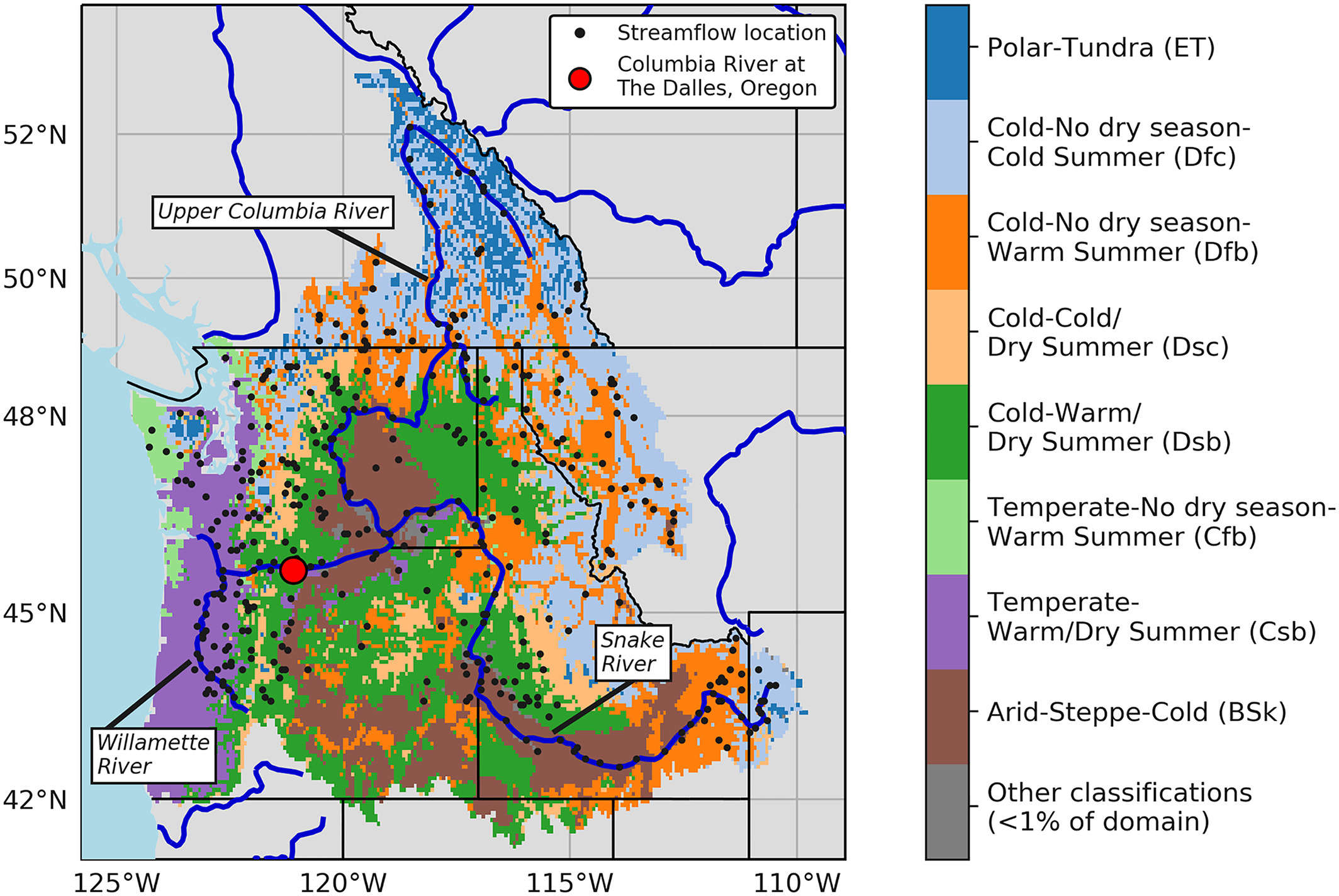 New paper: Climate change: How do modeling decisions affect the spread in the projections

Computer models are the main tools to investigate and predict what will happen to the planet as greenhouse gas concentrations continue to increase in the atmosphere. But models are just tools and we have known for a long time that models can differ quite a lot in their predictions of what will happen in the future. One of the ways that we deal with that is by using multiple models to get an idea of the range of conditions that models project. For example, all models predict continued warming as a result of increased greenhouse gas concentrations in the atmosphere, but they differ in where and how much warming will occur. To make use of model output from climate change model studies, it would help if we could better determine what model components are most responsible for the spread in the projections.

We recently published a new paper on the ways in which different modeling decisions affect hydrologic projections in the Pacific Northwest. The paper was a culmination of a three-year study supported by the Bonneville Power Administration, U.S. Army Corps of Engineers, and the Bureau of Reclamation in which we explored the range of hydrologic futures in the Pacific Northwest. Collaborators on the project included scientists from the Oregon Climate Change Research Institute, Oak Ridge National Lab, Bonneville Power Administration, U.S. Army Corps of Engineers, Princeton University, National Center for Atmospheric Research, University of California in Los Angeles and the University of Saskatchewan. One of the key outcomes of the study was a publicly available dataset of hydrologic projections for the Columbia River Basin and coastal drainages in the Pacific Northwest representing a large number of different hydrologic futures in the region.

The paper was based on an ensemble of hydrologic simulations created by varying different steps along the modeling chain: 1) representative concentration pathways (RCPs), 2) downscaling methods (DSMs), global climate models (GCMs) and hydrologic model implementations. A total of 2 RCPs, 2 DSMs, 10 GCMs and 4 hydrologic model implementations were used, thus the total number of permutations, which can be thought of as a range of possible hydrologic futures, totaled 160. Although ensemble-based analysis is not new to the field of hydrology, this is a much larger number of hydrologic simulations than is typically used. This ensemble enabled us to evaluate how hydrologic model spread depends on the question you ask of the ensemble (e.g. evaluation metric and location) and how modeling choices affect projections of hydrologic change. For the latter question, due to the nature of the ensemble, we were able to tease out the relative importance of GCM, RCP, downscaling method, and hydrologic model implementation in hydrologic projections of future snow and streamflow changes. We also investigated the role of internal variability and found that the model variance exceeded that of internal variability. In other words, modeling choices had a larger impact on the spread of the hydrologic projections than the internal variability in the system. Overall, we found that the role and contribution of each modeling choice depended on the location in the Pacific Northwest as well as the hydrologic question. The choice of RCP was most important when the hydrologic question was driven by snowmelt, whereas the GCM was the most important factor in energy-limited environments. By contrast, choice of hydrologic model implementation mattered most when soil processes were dominant, such as for questions of low flows and in drier parts of the region. We also grouped the results by Koppen-Geiger class, a widely-used climate classification based on temperature and precipitation, and in doing so were able to generalize our results to hydroclimate studies in other regions.

Analyzing such a large ensemble of hydrologic simulations enabled us to draw more robust conclusions about how to guide future hydrologic modeling efforts. As Oriana S. Chegwidden, Ph.D. student and Research Scientist in the Computational Hydrology group and the lead author on the study, stated, “From a scientific perspective, it [the study] helps modelers understand how our modeling decisions can impact our results. Through the paper we can see under what circumstances different steps in the impact modeling chain matter.” Consequently, future studies may decide to construct their modeling chain around diversification of a particular modeling step in accordance with their particular question. For example, if a study wants to investigate future low flows, it would be instructive to use a larger number of hydrologic model implementations versus downscaling method or GCM.